Neil Triffett and Emo the Musical

Congratulations to all the students who performed Emo the Musical at the Frankston Arts Centre to Neil Triffett, the writer and director of the film. The students’ also raised money for the bushfires in Queensland through the performance. Special thanks to Neil and Lee Matthews. Add photo

Charlie and the Chocolate Factory was also a huge success along with Chef Spatula. 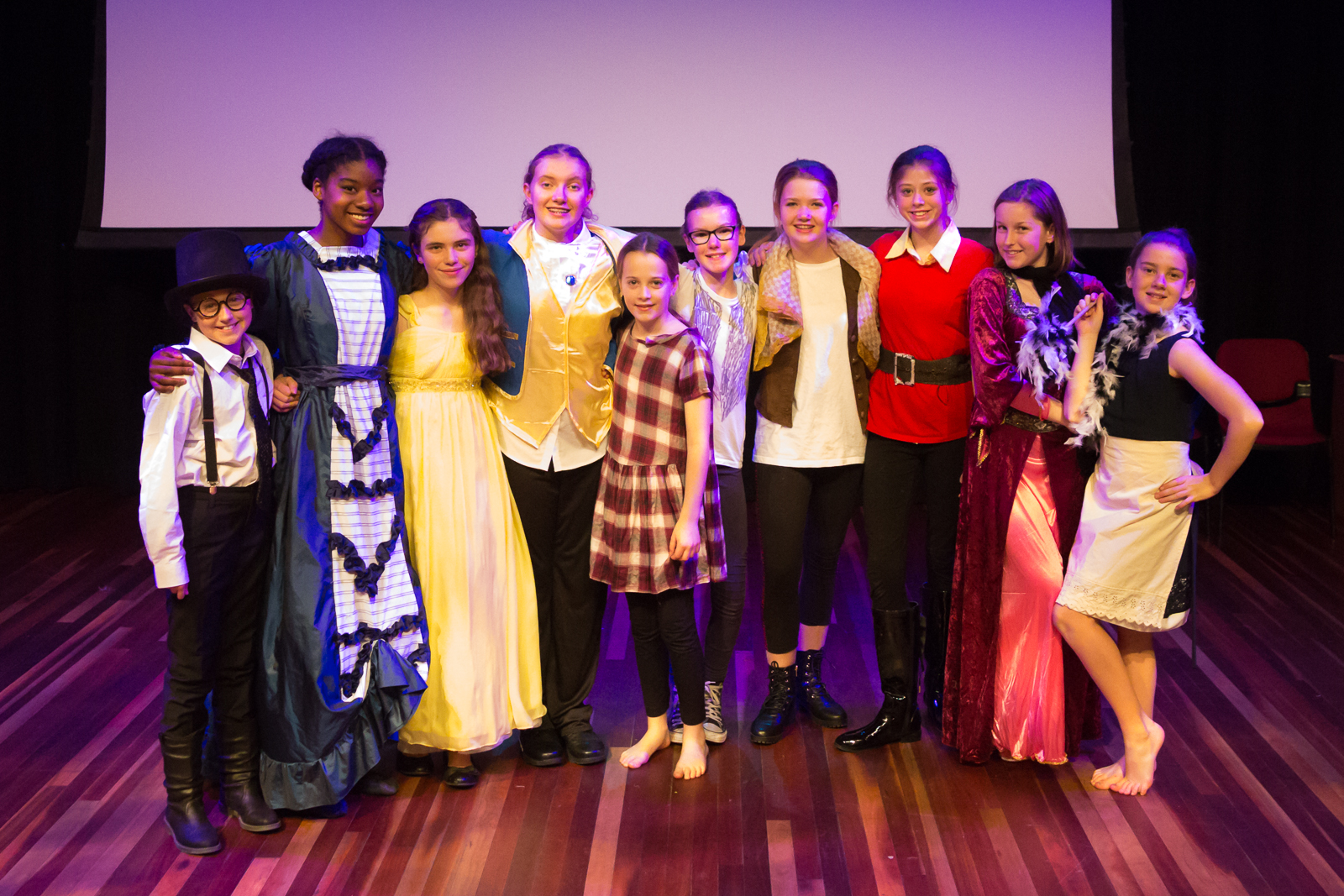 Holiday workshops at the Frankston Arts Centre were a huge success for ages 5+ in Acting, Dance and Musical Theatre. The younger ages worked on Seussical and the older classes worked on a Dance from Matilda the musical and audition techniques. 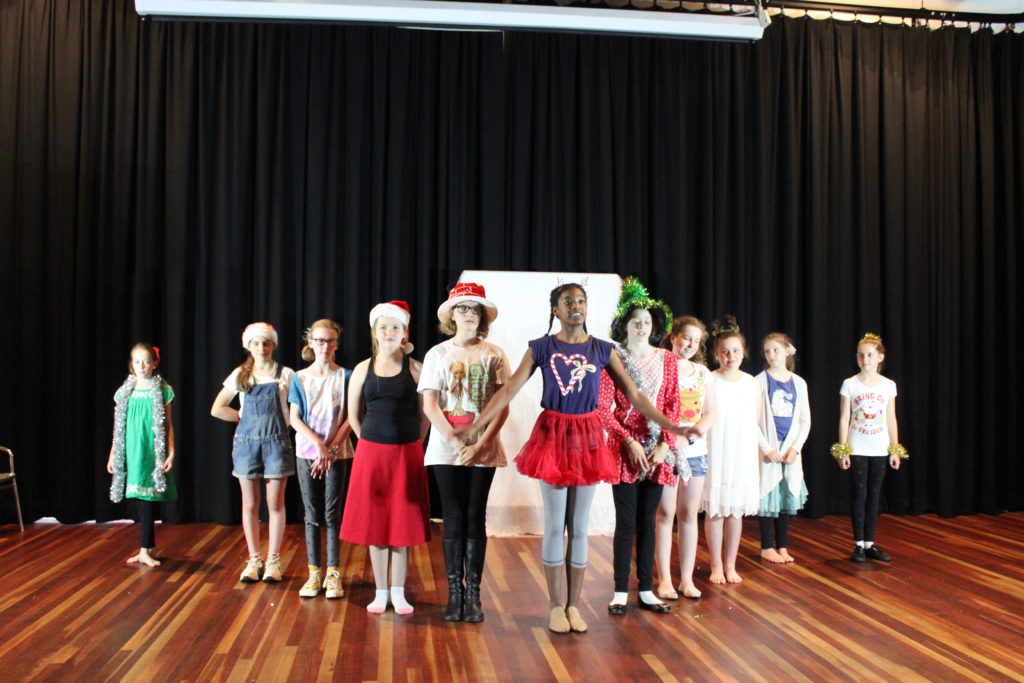 Peter Pan and the Christmas Musical was a huge success and played to a large audience at the Frankston Arts Centre. 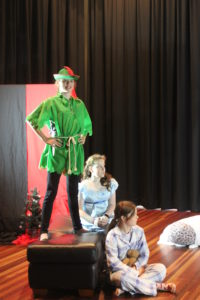 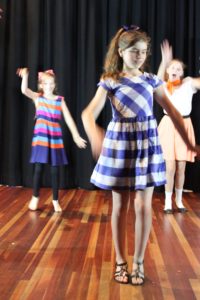 Frankston Knight’s Acting Students did their first two performances in December at the Arts Centre to a packed auditorium. Previous Hampton student Christopher Hollins assisted Sarah on the directing.

Olivia Seerup and Tess Kent choreographed and taught the singing for the Musical Theatre show.

Hampton students also did their performances to a large audience and also performed at the Open Day for the Church to the general public. Lauren Studley and Maya O’Farrell were also assistant directors on the Hampton shows.

Ruby Proy and Holly Studely competed in the Kingston Singing Festival and got honourable mentions. Ruby is also singing at the Frankston Waterfront Festival after competing in the Frankston Voice. 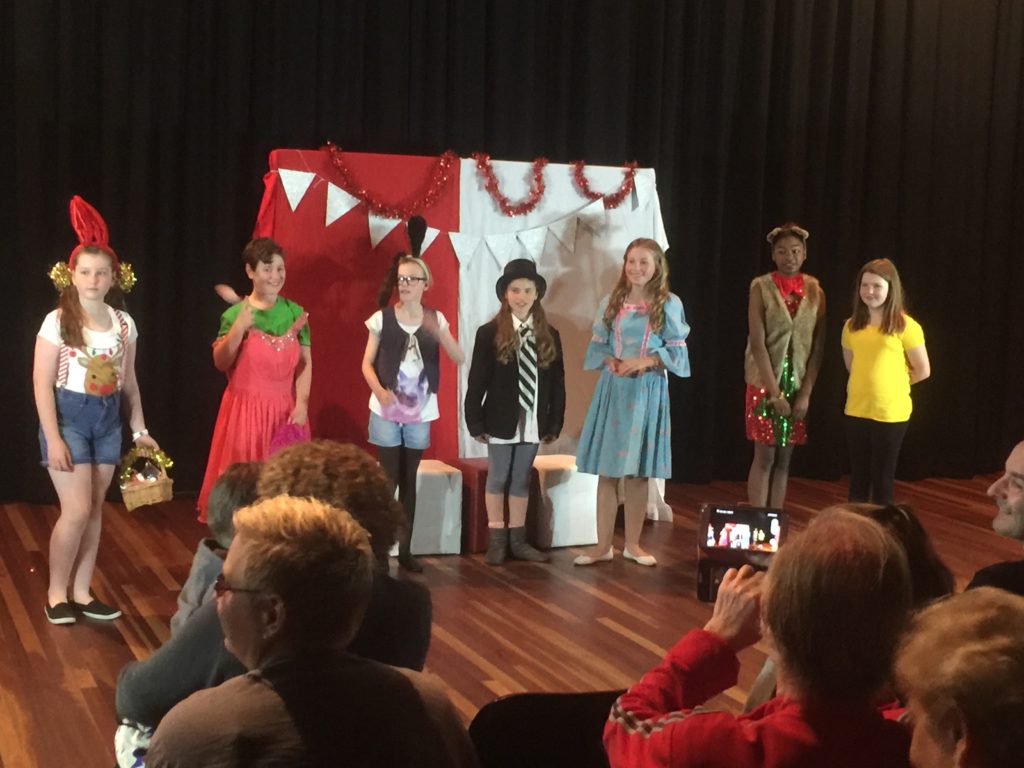 Knight’s Acting School students once again did a fantastic performance of The Wizard of Oz, Loose Ends and a Musical Review at the Kingston Arts Centre. Congratulations to all involved. Rebecca Birch made her directorial debut with The Wizard Of Oz and Anai Threlfall choreographed all the dances in the Musical Review. 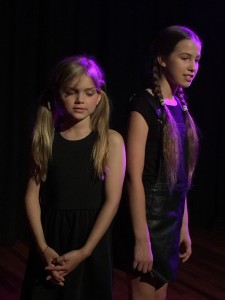 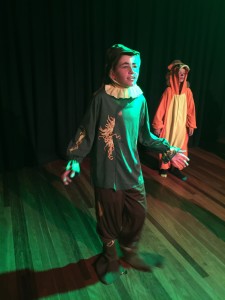 Sarah has started a new Acting School at the Frankston Arts Centre in Term 1 running Acting classes for all ages and will be starting Musical Theatre classes in Term 2 for students at that location.

Knight’s Acting is pleased to welcome two new teachers joining us this term. Heidy Batista will be our resident dance teacher every week for the Musical Theatre Classes. Rebecca Birch will be the Acting Assistant for this term.

Congratulations to the students on their fantastic performance of Willy Wonka! Well done to Daniel for winning the most improved award and Lauren for winning the Triple Threat award. 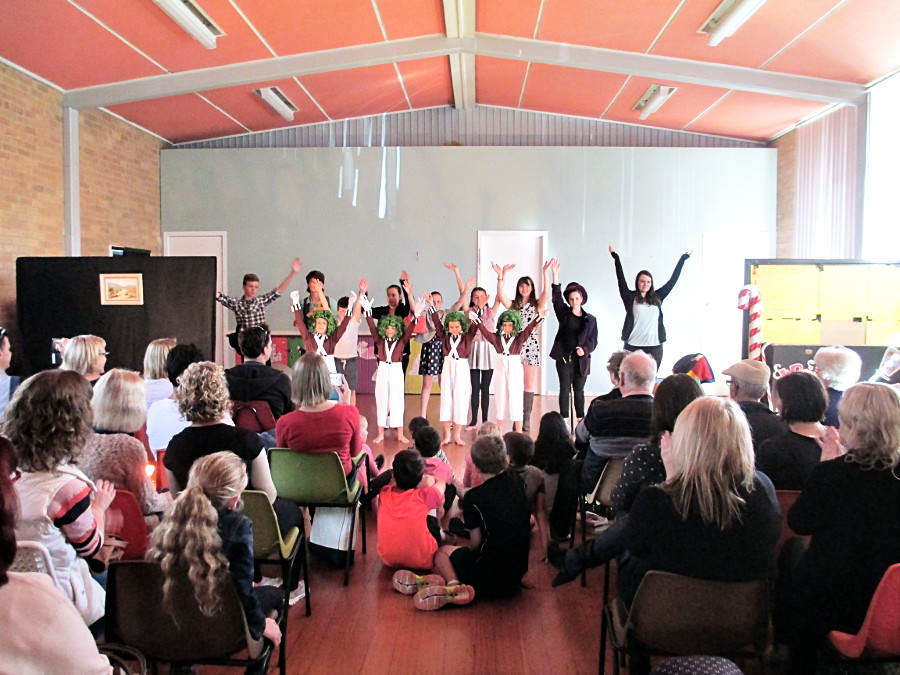 Knight’s Acting School is delighted to be opening another school in 2015 at the Frankston Arts Centre. Classes will be on a Saturday morning. More details to come, but if you are interested in performing please contact Sarah for more details.

Knight’s Acting School students performed Peter Pan and a Musical Review to a packed house at the Kingston Arts Centre. 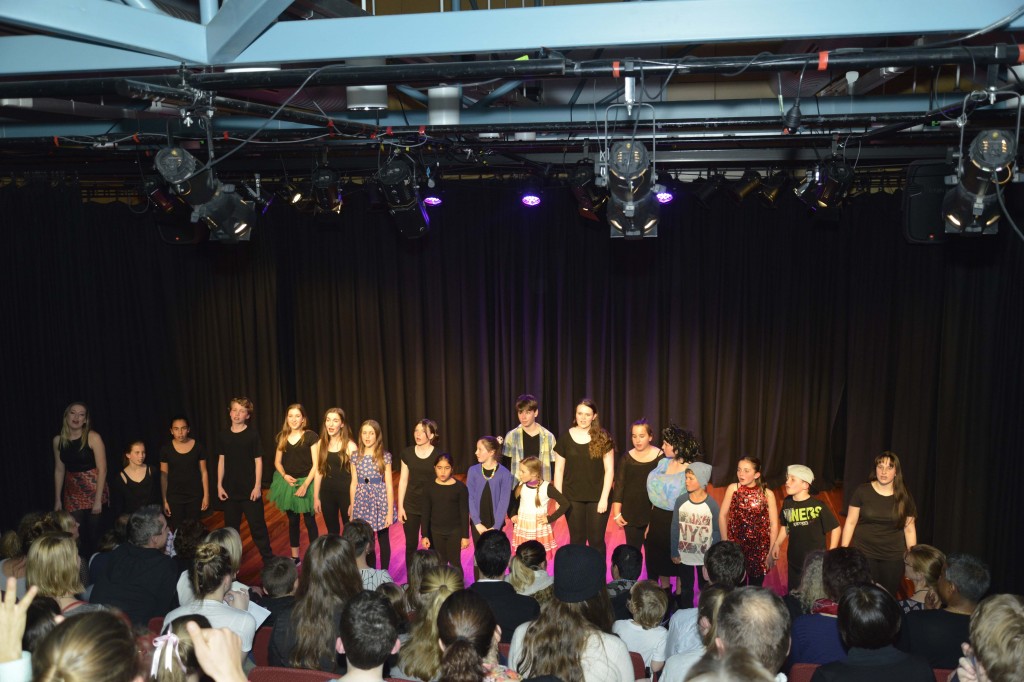 Congratualtions to Alex Hollins on gaining a short film in Melbourne with the Acting Agency.

Knight’s Acting School will be running fun and interactive summer holiday workshops for all ages on Shakespeare, Film & TV and Musical Theatre. Contact Sarah for more information or to make a booking.

New Location: Cheltenham
Knight’s Acting School is also pleased to announce that it will be adding a new location in Cheltenham, which will run Acting and Musical Theatre classes for children of all ages. The classes will begin in Term 3 of 2014 and the address will be St Matthew’s Anglican Church: Corner Nepean Highway & Park Road, Cheltenham, VIC, 3192. For more details on reserving a place contact Sarah.

Knight’s Acting School was invited by Kingston Council to perform Matilda and Little Shop of Horrors at the Melbourne Festival. The performances were a huge success and all the students loved it!

The Acting Agency has been launched and is going from strength to strength representing children of all ages and Adults for TV, Film and Commercials in Melbourne. If interested in joining the Agency please contact Sarah for an audition. One of the Agency’s clients Aishah Brockhoff has just filmed the new Coles advert. 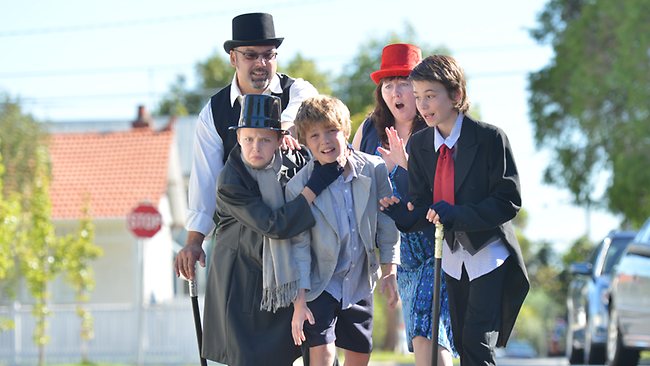 Sarah Knight is setting up a new acting agency in Hampton, pictured with Stavros Litsas and Alex, Brodie and Chris who are keen to learn the ropes. Picture: Martin Reddy Leader

A HAMPTON acting teacher who received the same scholarship as Ewan McGregor is setting up an agency to complement her school for aspiring thespians.

Both Sarah Knight and the Star Wars actor won Laurence Olivier acting scholarships in the UK when they were young stage and film wannabees.

But while the force may have been with McGregor, Knight said she was more than happy to become an acting teacher in Australia.

She came to Melbourne two years ago and has set up the Knight Acting School, run out of a Hampton church hall. The agency, to help find actors and models work, starts next month.

In September 2012 two young students of Knight’s Acting School, Chris and Alex Hollins have won gold medals for their acting at the West Gippsland Eisteddfod. 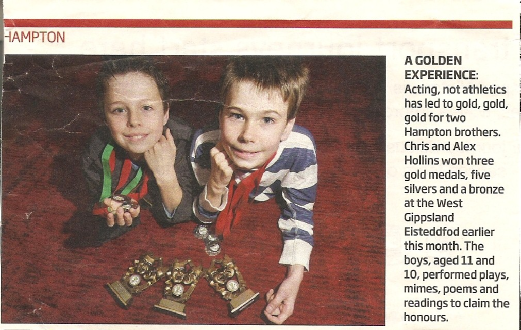 Knight’s Acting School will also be starting an acting agency shortly to promote the talent that it is has.

The Adult acting group filmed their first short film in Bayside. The film was written by Heather- Mae Celins and was called A Weekend in the Bush.It was about a group of friends meeting up and reminiscing old times. The group will be working on a Christmas Pantomime for the local community in December 2012.

November 2012 sees the launch of Shakespeare workshops in Secondary and Primary schools in Melbourne.

Exciting news for Knight’s Acting as they were asked by the Westpac Bank in Melbourne city centre to help them pepare for a performance at the ADA (Alfred Davidson Awards) ceremony in Fiji. This project involved working with 15 members of staff and was a great opportunity.

Knight’s Acting School will be starting a new musical class every Saturday during term times for all ages. The class will start at 3.30pm for 1 hour and will involve singing, acting and some dance. The start date for this is Saturday 13th October.

Knight’s Acting school will be starting in the next few weeks an after school Acting Club every Friday 5pm -6pm in Bayside during term time. This will be for all ages and will be a fun workshop. If anyone is interested in booking please contact Knight’s Acting School.

Knight’s Acting school is also pleased to announce FlowTherm Australia Pty. Ltd as its major sponsor who will be supporting all the performances within the local community.

Knight’s Acting school was launched in April 2011 and provides Bayside and the surrounding areas with an Acting school that enables young people and adults to enjoy learning the skills needed to perform either for fun or professionally. It also offers the students an opportunity to work with a professional actress, singer and dancer and learn about stage craft and TV/Film acting. For some students they will just enjoy the experience, build confidence and meet new friends. For others they might wish to perform professionally and carve out a successful acting career in theatre, TV and film. Knight’s Acting school will cater for all of this and most importantly it will be fun!